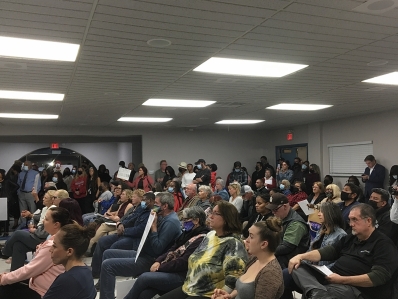 "This brings me no joy,” echoed Councilmember Jennifer Mendoza, though the two voted on opposite sides over whether to censure Councilmember Liana LeBaron.

The meeting was held for one reason only — to debate a resolution that would have formally condemned LeBaron’s behavior. The severity of the resolution was evident by its verbs, which included condemn, reject, admonish, refrain, cease and desist. (See ECM’s prior coverage of the proposed censure resolution.)