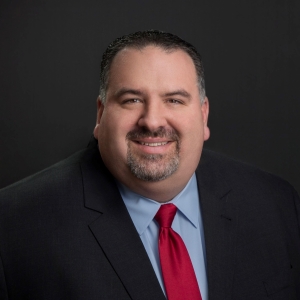 May 7, 2018 (El Cajon) -- While reading a recent  reader’s editorial in East County Magazine about a school board meeting, I was surprised the author grossly misrepresented what happened at the school board meeting. I thought about ignoring the ridiculous claims, but when misinformation gets published in a media outlet, it is important that the truth is heard.

The small, anti-Second Amendment crowd who showed up were almost all from outside of the Cajon Valley School Board District.  I know this because the Cajon Valley Board later invited them to speak with staff from schools within the district and tried to match the anti-Second Amendment protestors up with whatever school their children attended.  It turned out none of them lived in the district and only came to El Cajon to protest.

El Cajon Police officers were asked to attend this meeting.  This is not something the Board normally does but considering the violent and the disruptive manner similar anti-Second Amendment groups have been conducting their protests, having law enforcement there made sense.  At the meeting, I pointed out the irony of having to have police protection from a group that claims to be based on public safety.

The behavior of the anti-Second Amendment group was disgraceful.  All night they insulted members of the Board, interrupted speakers, booed at any mention of the Second Amendment, and hissed at a 12-year-old speaker who commented on the important of being taught safety around firearms.  Those who attended the meeting to support the Second Amendment were respectful and waited their turn to speak.

The reporters who were asked by the protestors to attend were vocal about how hard it was for them to make a story out of the meeting because the protestors had no point.  At least one media outlet decided not to run the story at all and told me “there just wasn’t a story there”.

Jim Miller and the rest of the Cajon Valley School Board are leaders when it comes to making sure the children who attend their schools are safe every day.  They spent time and money doing a professional threat assessment of their properties and procedures.  They made improvements to their campuses and policies to ensure they are doing everything possible to protect children.  The Board members deserve to be praised and their example followed in every school district.

Don’t let outside extremists force their political agenda on you, El Cajon.  Certainly, don’t let it effect the safety and education of your children.  El Cajon voters have a choice.  Support your neighbors who serve on the school board and work hard to keep your kids safe or side with out of town political extremists who have chosen to make your school board a Second Amendment battlefield.

The views in this reader’s editorial reflect the opinions of the author and do not necessarily reflect the views of East County Magazine. To submit an editorial for consideration, contact editor@eastcountymagazine.org.

Somewhere - I'm guessing anyway. Will we ever know?