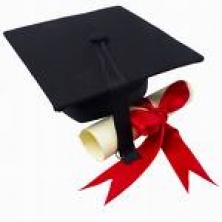 Some graduates celebrate triumph over adversity; Iraq war veteran to graduate with daughter

May 30, 2013 (El Cajon) – A campaign to improve student success is paying off at Grossmont and Cuyamaca colleges, where more than 1,700 graduates will receive a record number of degrees and certificates at commencements in early June.

Both colleges in the Grossmont-Cuyamaca Community College District have had to deal with four years of state budget reductions that have led to $16 million in funding losses and the slashing of hundreds of classes, potentially delaying students’ educational progress. To help students complete their education, the colleges launched student success initiatives like Cuyamaca College’s “Graduation Starts Today”  program and provided additional guidance to help seniors clear that final hurdle to get to graduation.

Last November’s passage of the Proposition 30 tax partially restored the coffers of public education, allowing the college district to restore some classes this spring that had fallen victim to the budget ax. The efforts have been a big plus, with the colleges experiencing a 14 percent increase in degrees and certificates awarded over the previous year.

“For some graduates, the added classes this semester were precisely what they needed to make the transition to universities or to acquire the invaluable certificates needed to advance in the workplace,” Chancellor Cindy L. Miles said. “I am so very proud of our colleges and graduates, who, in spite of the budget debacle of these past few years, persevered to reach for that brass ring. The challenges they faced make their accomplishments that much greater.”

More than 1,200 graduates at Grossmont College’s 52nd commencement will be joined by family and friends at 5:30 p.m. June 5 in the main quad, where Rev. Eric Smith, a Grossmont College student in the 1990s and founder of the Loving Care Outreach Church in Oak Park, is the keynote speaker. The student speaker will be Derrick F. Torrence, a Marine Corps veteran and social and behavioral sciences major.

Torrence, 43, who retired from the Marine Corps in 2009 after 22 years of military service and multiple deployments overseas, including a combat tour during Operation Iraqi Freedom in 2006, will be joined at commencement by his daughter and fellow graduating senior Jacquelyn “Jade” Torrence.

“I think it’s cool,” Jacquelyn said about having her father give the commencement address for the class of 2013. “I am very proud of him – he has a better GPA than I do, and I’m the one who’s been going to school straight through for the last 20 years.”

The Torrences began attending Grossmont College in 2009, two years after another family member, Andrew Torrence, had been attending classes at the El Cajon campus. Andrew, one of Derrick’s four children, died in a motorcycle accident in April 2007. A third child, Nikkole, also attended Grossmont as a culinary arts student. A third generation of the Torrence family – Jacquelyn’s two young children – attend preschool at the college’s child development center.

“Grossmont College has been a major influence in this family,” said the senior Torrence, an addiction counselor while in the service who plans to pursue his bachelor’s and master’s degrees in social work to fulfill his goal of becoming a military social worker. “For me, Grossmont College not only provided an excellent education, it helped me make that transition from military to civilian life. With its diversity of people and ideas, it’s really broadened my mind.”

While attending Grossmont, Torrence has worked as a substance abuse counselor at the San Diego State University Center for Alcohol and Drug Studies, a homeless veteran outreach specialist with Veterans Affairs, a group facilitator for parents grieving the loss of their children, and a case manager for a nonprofit organization helping men to be better fathers.

Also in the business of helping the downtrodden is Smith, Grossmont College’s keynote speaker, who turned away from a life of self-destruction and found his way back through education and his faith. His speech will touch on the challenges he faced, starting with a severe stutter from the time he was a child growing up in Chattanooga, Tenn. With its impact on every aspect of his life, Smith knew he had to overcome the “roaring lion of rejection” caused by his condition. He took jobs that forced him to speak: waiter, real estate agent, banking professional. After an eight-year stint in the Navy, he is currently a disabled veteran.

Following two years at Grossmont College in ethnic studies, Smith received his bachelor’s in human development from Christian Heritage College. He entered the ministry in 1999 and started his church, Loving Care Outreach, to serve the public and those in need, including addicts, alcoholics, inmates and troubled youth. He also owns a full-service painting company, the Caring Painters, and founded the Loving Care Center, a non-profit serving the elderly in skilled nursing facilities.

As an older student when he first enrolled at Grossmont College, Smith was displeased to see papers he had written for class returned with red ink marks by English instructor Cathy Harvey. But he persisted with prodding and encouragement by Harvey. These days, the two are good friends and he is a frequent guest speaker in her class. He is the author of “From Crack to Clergy: Provoking Thoughts,” which chronicles his past fears and weaknesses – “bad starts” that led to his addiction. It also tells of his triumphs and the compelling power of faith.

When Viktoriya Sinelnikov learned she was going to be the class valedictorian for Cuyamaca College’s 35th commencement, the Ukrainian immigrant admitted she didn’t know what valedictorian meant – much less understand that she was expected to give a speech as the top student in a graduating class of more than 520 students.

Sinelnikov, a science and mathematics major who graduates with a perfect 4.0 grade-point average, says the upcoming commencement at 5:30 p.m. June 6 will be one of her life’s high points, along with her wedding, the birth of her two children and her citizenship ceremony two years ago.

“Cuyamaca College is a place where all professors, tutors and other educational resources are ready to help everyone to succeed,” she said.

Sinelnikov still remembers the butterflies in her stomach when she began at Cuyamaca College as an English as a Second Language student in the spring of 2007.

She worked as a nurse in her native Ukraine and left the country in 2004 to marry a fellow countryman who had immigrated as a child to the United States. Sinelnikov had always earned excellent marks in school, but learning a foreign language in addition to taking college classes is a formidable challenge.

“I was very nervous,” said Sinelnikov, 32, who plans to transfer to San Diego State University next year and to pursue a career in the medical field. “I had taken some English at adult school, but it was mostly conversational English.”

With the help of educators like English instructor Tim Pagaard and the tutors in the college’s writing center, Sinelnikov advanced from ESL into college-level courses in three semesters, all the while juggling her home life as the mother of a toddler, Kiril, now 7. Two years ago, her second child, Elizabeth, was born.

After completing her ESL classes, Sinelnikov was faced with taking difficult courses like biology, which she describes as her true beginning as a college student in America.

“For the first time, I spent several hours in the college library trying to read and translate one page from a general biology book,” she explains in her valedictory speech. “But later, with a biology tutor’s help and my hard work, I made huge progress in my learning. The general biology class for me was like a starting point in being a real student.”

A person who’s faced challenges of another sort is Cuyamaca’s keynote speaker, Alex Montoya, manager of Latino affairs for the San Diego Padres, and an author and internationally recognized spokesman on issues relating to people with disabilities. In his role with the Padres baseball club, he is responsible for coordinating the team’s Latino community involvement in San Diego County and Mexico.

Montoya was born in Colombia missing one leg and both arms, and was sent to San Diego at age 4 to live with relatives in San Diego so he could get the medical care he needed. He received his bachelor’s degree in communications at the University of Notre Dame and a master’s in sport anagement from the University of San Francisco (Orange County).

Montoya was last year’s recipient of the Lead On Award from the disability-rights organization Access to Independence. In 2010, the University of California in San Diego honored him with an Estrellas Award recipient for excellence within and service to the Hispanic community.  The San Diego Cesar E. Chavez Celebration Host Committee also presented Montoya with its Visionary Award in 2010.