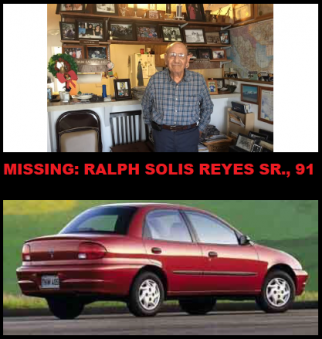 Update:  November 10, 2017 -- Mr. Reyes has been found safe in Long Beach by the Long Beach Police. Following a medical evaluation by paramedics, he has been reunited with his family.