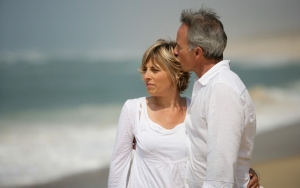 December 2, 2014 (San Diego)--Alzheimer’s disease is a devastating disorder that plunges its victims into a fog of lost memories, forgetfulness and an eventual loss of the ability to remember the most basic day-to-day details about their own lives.

It’s the region’s third leading cause of death.

There is no cure for the disease, but a broad-reaching effort launched by the San Diego County Board of Supervisors today is aimed at making the county the epicenter of progress in discovering a cure and improving the lives of the 60,000 county residents that currently suffer from the disease.

The Alzheimer’s Project was first proposed by Chairwoman Dianne Jacob in her 2014 State of the County Address.

The Board approved the plan after hearing testimony on the components of the project:

“Four out of five Alzheimer’s patients are cared for at home, and 85 percent of care is provided by family members or unpaid caregivers,” said County Supervisor Dave Roberts. “The disease devastates families and wears down families that are often the caregivers.”