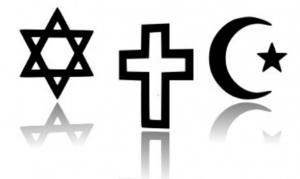 April 2, 2015 (San Diego’s East County—Religious freedom laws that could allow businesses to refuse service to gay and lesbian customers are stirring controversy Indiana and Arkansas.  But now some heavyweight opposition has emerged, including Wal-Mart and other corporations as well as sports organizations including NASCAR and the National Collegiate Athletic Association (NCAA).