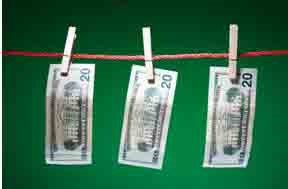 The scandal is similar to the scenario that ensnared East County’s Republican State Senator Joel Anderson back in 2010. He paid fines for receiving donations in excess of legal limits from the Fresno Republican Central Committee and returned some large donations. The GOP committee had funneled donations from tribes, SDG&E and Hamann development interests into Anderson’s campaign coffers.

At least two of the GOP committees in the current cases, like Anderson back in 2010, have objected to use of the term “money laundering.”

The new cases include a $15,000 fine against the Republican Central Committee in Los Angeles and $5,000 fines against committees in Yolo and Santa Clara counties. The Republican committees have agreed to pay these fines, though without admitting guilt, the Sacramento Bee reports.

By law, donations to political parties cannot be earmarked for any particular candidate.  But the FPPC says that donors asked consultants to find ways to contribute more than the legal limits to specific Republican candidates, and the consultants arranged the money-laundering scheme through the GOP committees.

The state watchdog agency reviewed e-mails, phone and text messages to reveal the scam.  San Francisco Giants owner Charles Johnson and his wife are among those implicated this time around into funneling large amounts of money illegally into political campaigns.

Ironically, with the Citizens United ruling, if these wealthy donors had set up a political action committee, or PAC,  instead of giving to a political party, it would have been perfectly legal to spend all that money on an independent expenditure campaign to promote the candidate of their choice.

It was good enough for Acorn.