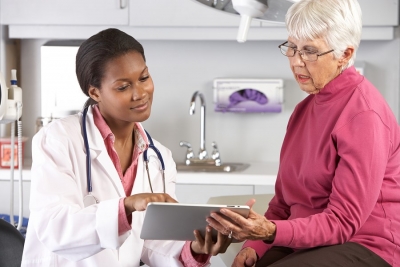 March 14, 2017 (Washington D.C.) – Older and poorer Americans could be paying over half their income to buy health insurance under the House Republicans’ healthcare plan, the nonpartisan Congressional Budget office (CBO) has calculated.  A 64-year-old earning $26,500 would be expected to pay a whopping $14,600 a year for healthcare – far more than the $1700 a year premiums under Obamacare.

The bill would reduce the federal deficit by $337 billion by 2026, the CBO also found.  But that savings would come largely on the backs of those who can least afford to pay more.

Young people would pay slightly less under the GOP bill.  A 21-year-old earning $26,500 would pay $1450 a year, down from $1700 under Obamacare.   But benefits would also be slashed, such as for preventive care.

Obamacare, or the Affordable Care Act (ACA) helped 40 million people get insurance who were previously uninsured.

Trumpcare, or the American Health Care Act (AHCA) that Republicans propose would result in 24 million Americans losing healthcare coverage by 2026, with 14 million of those losing healthcare next year if the GOP plan takes effect.

The White House’s own estimate is even worse – predicting 26 million Americans will lose health insurance because they can’t afford the higher rates.   That includes 17 million kicked off Medicaid, 6 million from individual markets and 3 million from employer-based plans.

In total, 54 million Americans would have no healthcare by 2026, adding the newly uninsured to the current level.  That’s nearly double the current level, which is the lowest rate of uninsured people in the U.S. ever due to Obamacare.

A New York Times investigation revealed that Republican policies in red states, where many politicians refused to participate in the federal Medicaid assistance and tax credits, have the worst rates of uninsured people in the nation.  Today’s uninsured “tend to live in the South, and they tend to be poor,” the NYT notes.

In blue states and a handful of red states that adopted exchange programs under Obamacare and accepted the federal help provided, people have fared far better.   The NYT concludes, “Politics matter.”

obamacare was designed to destroy the medical system and push single payer. my premiums doubled, out of pocket 5X and deductible 2x. I cannot say here what I think of ALL people who supported obamacare and still push the lies and theft from the People. for shame

you can keep your doctor! . . .Not.
To Miriam and Barbara, I am a 56 year old married unemployed mother with three children, one of whom is Special Needs. Under the UnAffordable Care Act, this year our Premium was $22,000 (nearly a third of our income) for the cheapest plan which gives us only one physical a year per person period. Additionally our costs are 20% of the bills beyond that once deductibles are met. My Special Needs son is currently going without his much needed care because we cannot afford to bring him to the NEW specialists we didn't want and that we must pay for out of pocket to meet our ridiculously high deductibles. My husband and I also have auto-immune disease which we cannot treat as well, and are suffering in tremendous pain right now. Our daughter has a condition requiring treatment that must go untreated as well. We had to give up our original doctors and were forced to buy this useless plan or be penalized under ACA. This has been a disaster to our entire house and our physical well-being. It makes me very angry to read your extremely politically biased opinions when you are so unaware of present facts. Many families are bearing the burden to pay for your's and everyone else's care while we get nothing. You don't seem upset or concerned at all about our situation only what the new plan will take away or possibly result in. I can't believe how ignored our situation is in this political mess. And I am SICK of politics being an issue when we are all Americans first and all deserve fair treatment. Our NEW unaffordable doctors that we didn't want, and the absolute useless coverage that we were forced to buy is completely left out of the liberal news medias equations. The New York Times and the other liberal news outlets won't even respond to my calls and emails. But my family's loss of coverage and being forced to pay anyway if a real FACT. You can complain all you want about Trumpcare or whatever people may be having to pay, but the newsflash is that there are millions of us now ALREADY paying and receiving nothing in return. Ironically, Miriam, the prices for care you quoted are extremely less than what I am currently having to pay and I know many other families who are paying even more than us. Your quotes are inaccurate and only speculations, copied from some extreme liberal misinformed site and only serve to confuse the issues while engendering strife. ACA is a massive failure. Sorry but this is a fact I am currently a recipient of, not an opinion. Instead of reading factually manufactured liberal slanted news, try getting out and talking to people in this country like myself who are under the heaviest burden of this healthcare mess. The news is lying to you and hiding the embarrassing truth. Obamacare is a Disaster and it will implode on its own. I personally believe the Republicans should let it rather than try to help to be a solution to this enormous mess. Please educate yourselves with real facts by exploring all apolitical sides of the issues before voicing such disrespect, and be thankful for the many families suffering who are currently paying for your care while we all go without. You can't even begin to imagine what we are going through.

This report from Equire is one you should read:

Disabled Americans Have the Most to Fear Under RepubliCare

Nearly twenty percent of the population could lose disability coverage.

getting out of jacked-up pickup trucks with blue tags hanging off their mirrors in handicapped parking slots. It's a racket.

I am sorry for what your family is going through. I agree that the ACA has problems. It did help a lot of people.  But for others, it's been too expensive, and that needs to be solved, I agree.

I believe the most important goal should be to make healthcare more affordable for everyone,  especially the poor and the middle class, the elderly, those with special needs, and those with serious health problems.

I'm sure you want to solve your family's problems, but I would hope you wouldn't want to cause other families serious problems like you're going through.  The Trumpcare bill puts a huge burden on senior citizens and poor Americans.  Does that seem right to you?

Obamacare was flawed, but flaws could be worked on and fixed, such as maybe letting older people onto Medicare a few years earlier and providing extra subsidies for special needs kids' coverage.

Or we could replace it with single-payer whcih would make healthcare free for everyone as is the case in all  European countries, Canada and many other places.

Think how many kids could be insured if we didn't boost military spending as much as Trump wants. Or if we think we need the military boost, just trim some tax breaks on the wealthiest 2%.  We did away with inheritance taxes completely. Maybe bring back a small inheritance tax. I'd rather have my kids pay a little bit when I die then have any of us do without healthcare.

There is no model I've seen similar to the Trumpcare plan that has worked anyplace. Have you?

I had both good and bad experiences myself with Obamacare.  I had lost insurance before it,  due to a preexisting condition.  With Obamacare I was able to get coverage but it cost way too much. When my husband lost his job it took way too long for the subsidy to kick in, though we eventually got it lowered. However, the quality of care I got overall was very good -- I had a bad car accident and would never have been able to afford all the scans and treatments without it. We also got to keep our kids on the plan until they were 26, and it was the most affordable option for them.

From what i can see, Trumpcare will make healthcare even more expensive for almost evreyone, except the youngest and most healthy people.  It also has no controls on costs of prescription drugs -- another reform that is badly needed. Senator Sanders wanted to  allow Medicare to buy drugs at group discounts like the Veterans Administration does, to make them affordable for everyone, but the Congressional members get so much money from the pharmaceutical industry that they wouldn't even hear the bill.

We could afford healthcare for all Americans if we wanted to. Every other industrialized nation in the world does. By the way,  single payer doesn't mean socialized medicine. Not all countries have the government own and run the hospitals;  you can do single payer without that.  It just cuts out the insurance companies and has the government eliminate the massive profits that insurance companies take.

My mother doesn't have Obamacre. She is on Medicare and a private supplement plan.  She needs heart and high blood pressure that used to cost very little. Suddenly the rates have been jacked up and it's now costing her over $1,000 a month for these two meds she needs to stay alive. It's shameful.  This will only get worse with Trumpcare.  They want to slash Medicaid, which is the only safety net for most older people. That will  hurt you and me, we are in the same age group.

As long as we keep electing people in either party who put corporate profits over people's health,  things are just going to keep getting worse.

We need a system that will take care of people with special needs regardless of their age, and also be sure seniors can afford good care as we get older.

Trumpcare is terrible,  but Obamacare shouldn't just be left as it is.  We need to work on getting healthcare that is high quality at affordable rates for everyone. It's criminal for Trump to say a poor senior should pay over 50% of their income for health insurance. How can anyone support that part of his plan?

I hope you are fully recovered, and I am so sorry about your mother. None of these plans confront the high medicine costs. That's criminal.
it's a work in progress, with "Ryancare" (Obamacare Lite) on the table.