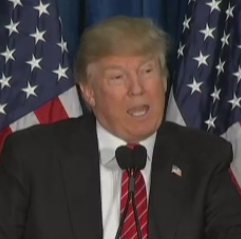 March 3, 2016 (Washington D.C.) – An open letter signed by 84 Republican foreign policy and national security leaders condemned Donald Trump, stating, “We are unable to support a Party ticket with Mr. Trump at its head.”

The leaders’ letter comes on the heels of former CIA director and ex-National Security Agency director Michael Hayden stating that if Trump ordered torture which violates the Geneva Convention or ordered the killing of family members of suspected terrorists, the military would disobey his orders.   Hayden told Bill Maher, “If he were to order that once in government, the American armed forces would refuse to act.”