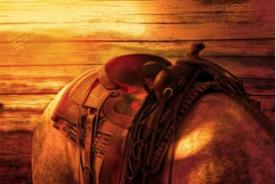 February 8, 2016 (Laguna Mountains) — A woman was rescued Wednesday after falling more than 200 feet into a canyon in the Laguna Mountains, but her companion’s horse died after rescuers were unable to save the frightened and injured animal.

The Union Tribune reports that the horse slipped near the Kwaaymii Point overlook off Sunrise Highway. The rider jumped off to avoid injury. The man’s girlfriend, riding nearby on the Pacific Crest Trail, grabbed the horse’s bridle but and was pulled over the edge of the precipice.

Both landed on a six foot ledge. The woman was hoisted out by helicopter after dark. A veterinarian sedated the horse, which was tethered and left on the ledge overnight.

The next morning rescuers spent several hours trying to save the horse, which fought efforts to put a hoist harness around it and injured two rescuers in the struggle.  A painful decision was made to euthanize the horse, however a vet arrived to find the animal laying down on the ledge and it died before the procedure could be done.

Steve MacKinnon, chief humane law enforcement with the San Diego Humane Society, speculated that the animal may have suffered internal injuries from the fall. “We did everything we could,” he said of the efforts to save the horse, which the owner had saved six years ago from a horse rescue organization.

as they learned, unfortunately.