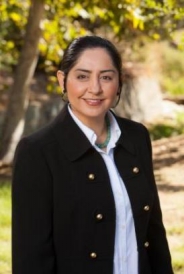 Chairwoman Pinto is the first woman elected Chair of the tribe and was the youngest person ever elected to the tribal council in 1996, at the age of 21.  Her family traces its roots back as far as Jamul’s history itself—and now she has big dreams for her people and the community.

East County Magazine spoke with Chairwoman Pinto, along with the new General Manager of the casino, Richard St. Jean on plans for the new casino, in exclusive interviews on KNSJ radio.  See highlights below, and hear the full radio interviews  by listening here.