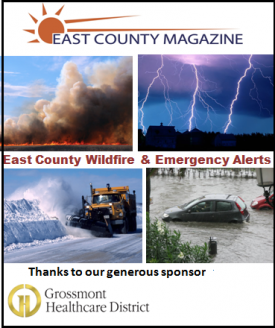 Seismologist Lucy Jones tweeted, "There is a 1 in 20 chance of Friday night's magnitude 7.1 earthquake "being followed by somethign even bigger." Earthquake of magnitude 5 are likely and a magnitude 6 is quite possible, she said.

An 8.5 quake in Chile was once a precursor to a 9.2, a seismic expert in a live press conference held by the Kern County Fire Department stated.

The U.S. Geological Survey originally reported the quake at 7.1, downgraded it to 6.9 and then upgraded it back to 7.1. That's 11 times stronger than the earlier 6.4 quake since the Richter scale is logorhythmic.

Southern California Edison reports some 26,000 customers are without power due to the quake.

In San Bernadino County, the county fire department reports som homes have shifted off their foundations, according to KTLA.

Highway 178 is closed due to a rockslide in Kern County.