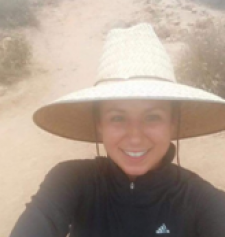 August 21, 2015 (San Diego) – A suspected drunk driver who ran a light at Golfcrest and Navajo road struck and killed Rocia De Anda Leamon, a 38-year-old mother of three teenage sons.  The young mother was crossing the street to go walking on Cowles Mountain as she did daily, when she was hit and thrown 57 feet, landing face down on the pavement, the Union-Tribune reports.