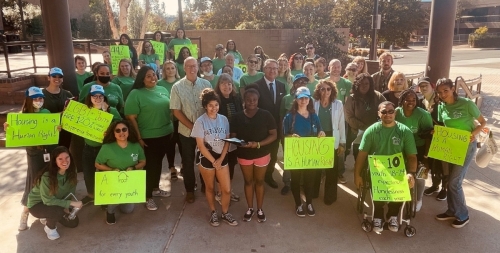 Story and photos by Henri Migala

According to the National Child Trauma Stress Network, “as many as 2.5 million youth per year experience homelessness. Along with losing their home, community, friends, and routines as well as their sense of stability and safety, many homeless youths are also victims of trauma. While trying to survive on the streets, youth are exposed to countless dangers, with an increased likelihood of substance abuse, early parenthood, impulsivity, depression, posttraumatic stress disorder, and a vulnerability to being trafficked.”

It is estimated that there are at least 1,500 homeless youth in San Diego, although some believe that the number is much higher since homeless youth are difficult to find and count.