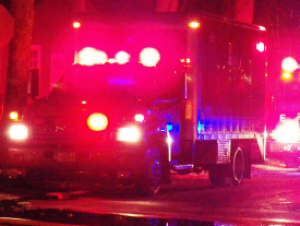 Ambulance responses in our region raise alarms:  Part I in a series

March 22, 2015 (San Diego’s East County) – What if you had a medical emergency and the nearest ambulance had to come from Imperial County or other distant places up to an hour away?  That’s the very real prospect facing rural East County residents under a stealth change in ambulance service approved by a county bureaucrat with no public notice, no hearing, and no vote by the Supervisors.

While some aspects of coverage stand to improve under the contract, adding more in-district ambulances and newer equipment, there are some major concerns raised by local safety advocates with regard to mutual aid and staffing.