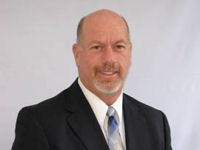 
Durfee is a "superdelegate" along with San Diego's Democratic members of Congress, Susan Davis and Bob Filner. Out of the local delegation of 38, an additional 25 were directly elected in local caucuses this spring, and another 10 are "at-large" or "party leader" delegates.

Finishing his last term this year as Chair of the San Diego County Democratic Party, Durfee was reelected last month to another four-year stint on the DNC.

"I'm excited to be joining Democratic Party officials and activists as we rally to support and reelect President Obama," said Durfee.

He criticized the Republican National Convention for offering “falsehoods, Tea Party extremism, and rhetoric more focused on tearing down our President than lifting up our country. By contrast, I think the Democratic convention will offer a message of opportunity, inclusivity, and enthusiasm to keep America moving forward with Democratic leadership."

The County Democratic Party will be holding an official convention "watch parties" on:
Thursday, Sept. 6, at 5:00 pm at the new Democratice Coordinated Campaign Office at 4660 El Cajon Boulevard,San Diego, CA 92115, and