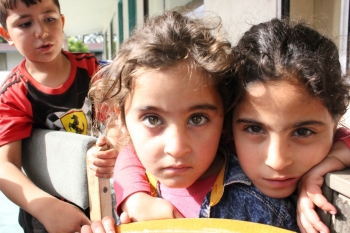 April 22, 2020 (San Diego’s East County) -- While it may be true that a virus cannot discriminate, the structural inequalities already in place are exacerbated in a crisis. Groups already in a precarious position are more vulnerable than ever. Among these at-risk groups are immigrants and refugees. According to advocates working with immigrant and refugee communities, some of the top concerns they are hearing involve food insecurity and a lack of resources.