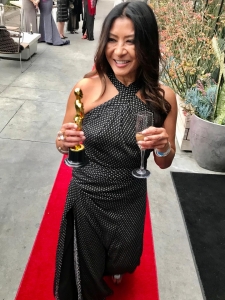 October 26, 2020 (San Diego) – The San Diego Press Club will celebrate its 47th annual Excellence in Journalism awards program on Tuesday evening, Oct. 27. About 500 awards in more than 180 categories and 10 divisions will be announced during an online awards program streamed live over Facebook and Twitter starting at 6 p.m. and originating from the San Diego Automotive Museum in Balboa Park. 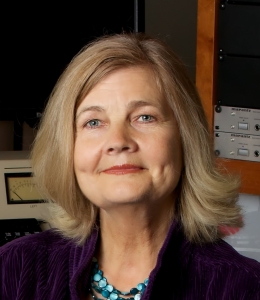 “I’m honored to receive this award, it’s very flattering and I’m grateful,” said Townson, who recently began her 32nd year of working in the community newspaper industry. The San Diego native began her career selling print ads in the summer of 1989.

“Don’t tell me that print community journalism is dead,” she said. “Where else can you read about Little League scores, or a fireman rescuing a cat from a tree, or school news that is important to working families? My career is living proof that community journalism still matters and we will survive because we’re providing a local voice to local residents in their hometown.

“The business model for community journalism will withstand the test of time because we reach the right audience for our advertisers and our readers receive news they can’t read anywhere else,” she said.

Over the years, Townson has survived through economic downturns, ownership changes and losing big advertisers. But, the Covid-19 lockdown presented a new set of hardships. While some freelancers lost assignments and part-timers had their hours reduced, no full-time employees lost their jobs, she said. In addition, in the early months of Covid, Townson initiated a new program that was counter to her business acumen: She gave away free advertising to local businesses.

According to Albert Fulcher, managing editor, SDNN, “During the early weeks of the lockdown, Linda sent everyone scouring the neighborhoods to find out who was still open and then we published their listing for free,” said Fulcher. “This was astounding when you consider that all these newspapers are distributed free of charge and they survive for every print cycle based on revenue from advertisers to cover expenses.”

“It was the right thing to do at the time,” said Townson, referring to her free advertising offer. “As a member of the local community, we had to do whatever we could do to support our local community, especially small, locally owned businesses. Alerting our readers to which businesses had their doors open was our way to help.”

Townson is unsure of how much free advertising was provided to local businesses during the spring lockdown, but she estimates the dollar value was in the tens of thousands of dollars.

After graduating from Mar Vista High School in Imperial Beach, Southwestern College and San Diego State University, Townson started as an account executive with Bridal Bazaar, a quarterly magazine, and later with the La Jolla Light newspaper. At age 28, she was hired as publisher of Good Times, a now-defunct weekly entertainment guide, which was followed by directing ad sales for the Sun Newspapers, a small chain owned at the time by News Corp. with editions circulating in Encinitas, Oceanside, Carlsbad and San Marcos. She joined the Star-News in 1994 and has never left.

Townson currently serves on the boards of Autism Tree Project Foundation and Scripps Mercy Hospital in Chula Vista and Hillcrest. She hopes to return soon visiting hospital patients with Winnie, her Labrador therapy dog, a discontinued practice because of Covid.

“Winnie and I were furloughed, that’s f-u-r, it’s a joke,” said Townson. “Before Covid, it was an unbelievable blessing to have the opportunity to serve and provide encouragement and support. Winnie makes such a difference with people who are hurting. People will smile, cry, hug the dog, pet the dog or even chuckle. The animal-human bond is very strong and emotional.”

Townson’s award is named after Jim Reiman, who served for many years as assistant news director at KGTV-TV/Channel 10. Reiman was considered an unsung hero of the profession, similar to many behind-the-scenes journalists who do not have a byline nor appear on camera. When Reinman retired, the Press Club created the award to honor enlightened media managers and the first recipient was KGTV assignment editor Jack Moorhead in 1997.

St. John retired in January 2019, after working in news roles at KPBS since 1991. During her reporting career at KPBS, she worked in various roles, including as Morning Edition anchor, North County reporter, news editor and Midday co-host. She won awards from the San Diego Press Club, Society of Professional Journalists, Associated Press TV and Radio Association and California Golden Mike Awards. As an Oceanside resident, she also served as KPBS’ North County bureau chief. She covered such stories as nuclear waste issues at San Onofre, North County politics and homeless veterans. Currently, she continues to fill-in as host of KPBS shows “Roundtable” and “Midday Edition.”

“I am honored to receive this award from the San Diego Press Club, particularly since it is for fairness and truth,” said St. John. “Fairness is one of the things that has motivated my reporting most strongly throughout the years, so I’m touched to be recognized for that. And, of course, truth is something we all strive for, however elusive.”

St. John’s award is named after Harold Keen, who anchored San Diego’s first television news broadcast in 1949 and was described by colleagues as the dean of San Diego journalists. Keen arrived in San Diego in 1936 as a reporter for The San Diego Sun. He later worked for the San Diego Union, San Diego Magazine and KFMB-TV/Channel 8. He passed away in 1981. 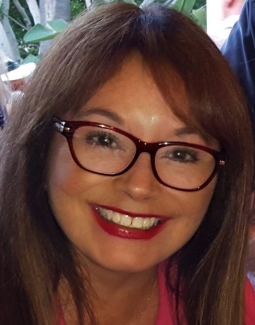 Velasquez (left) spent 27 years working in TV news, starting in 1974, producing public affairs programming and then reporting on-air for three local stations, KNSD-TV, KGTV and KFMB-TV, as well as anchoring and reporting in San Luis Obispo, Calif. and Phoenix. She was one of the San Diego market’s first Latina journalists, an Emmy award-winning producer and journalist who covered the Tijuana region. She also produced morning and magazine shows about San Diego’s diverse communities and the Latino culture. In 1984, she also was a founding board member of the California Chicano News Media Association, San Diego chapter. Then, in 2001, she began a 16-year stint working in spokesperson roles with the San Diego City Attorney’s Office (2001-2008) and the San Diego Housing Commission (2009-2017). She continues her public relations and community work through Maria Velasquez Communications.

“I am very grateful for this award. All my life I have been devoted to storytelling,” said Velasquez.  “When I was 8 years old, I wished for a typewriter for Christmas, and my parents saved their money to buy me one. I credit my television journalism career for giving me a solid background in how to better serve the public in my public relations roles.”

Velasquez’s award is named after Andy Mace, former public relations manager at Pacific Telephone in San Diego. In 1971, Mace is credited with the idea of starting the San Diego Press Club. He later started his own company, Andy Mace & Associates, with an office at the Mission Valley's Stardust Hotel & Country Club, now the Handlery Hotel. He passed away in 2009 at age 88.