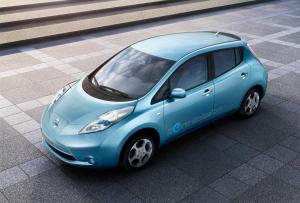 “By studying lessons learned from electric vehicle operations and the infrastructure supporting these first 5,000 vehicles, the project will enable the streamlined deployment of the next 5 million electric vehicles,” said Don Karner, president of eTec. “The U.S. Department of Energy has shown great foresight in funding a project that deploys the largest number of vehicles and infrastructure to make America electric vehicle ready.”

“Developing charging infrastructure is the critical link in making electric vehicles commercially viable,” said Debra L. Reed, president and chief executive officer of San Diego Gas & Electric. “This funding award means the San Diego region is one step closer to becoming “plug-in ready” and a national center for clean technology that will help achieve our nation’s goals of energy independence and reduced greenhouse-gas emissions. This project will foster new jobs and opportunities in the region as we become a pioneer launch for these advanced vehicles.”

It is anticipated that more than 750 new jobs will be generated by the proposed project by 2012. In supporting the market launch of the Nissan’s LEAF zero-emission electric vehicle, it is expected that more than 5,500 new positions will be in place by 2017 as a direct result of the project.

“Increasing the number of electric vehicles and charging stations fits with the SANDAG overall energy strategy for the region,” said Gary Gallegos, SANDAG Executive Director. “The strategy calls for adding cleaner fuels as well as cutting our dependence on foreign oil – electric cars will help us accomplish those goals.”

“In support of ECOtality’s commitment to enhancing America’s energy independence, the proposed project will accelerate the market acceptance of electric transportation and support President Obama’s goals for job creation and electric vehicle deployment,” said Jonathan Read, president and chief executive officer, ECOtality. “We’re thrilled to enter the San Diego market and thank SDG&E, the San Diego Association of Governments, San Diego Clean Fuels Coalition, San Diego Miramar College, University of California-San Diego, and the Center for Sustainable Energy for their support and partnership in the proposal submitted to the U.S. Department of Energy.”

Dependent upon contract negotiations, up to 1,000 Nissan electric vehicles will be deployed in San Diego and charging infrastructure will be installed at residential, commercial and public locations. Markets in four other states will each receive up to 1,000 vehicles. Those states include Arizona, Oregon, Washington and Tennessee. Markets were evaluated and chosen based on favorable regulatory environment, strong market demographics, climate differentials, topographies, and transportation patterns.

Once eligible consumers join the pilot project, eTec residential charging equipment will be installed at the consumer’s home at no cost to the resident. It is estimated that each Nissan electric vehicle will save as much as 436 gallons of gasoline per year compared with a standard internal combustion engine sedan. For the entire fleet of 5,000 Nissan electric vehicles that will be deployed, the fuel savings are calculated to be as high as 2,180,000 gallons of gasoline (51,900 barrels) per year.

SDG&E is a a subsidiary of Sempra Energy (NYSE: SRE), a Fortune 500 energy services holding company based in San Diego.