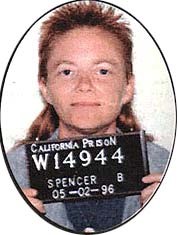 January 15, 2015 (San Diego) – San Diego Unified School District’s Board has voted to sell the former Cleveland Elementary School campus site in San Carlos where student Brenda Spencer shot and killed the principal and custodian back in 1979, also injuring eight more including a police officer in America’s first school shooting. At the time she reportedly stated she committed the shootings because "I  just did it for the fun of it. I don't like Mondays," according to the San Diego Police Museum account of Spencer and her crimes  Spencer later said she committed the crimes because she wanted to die, the Daily Beast reported years later.  She remains in prison and won’t be eligible for a parole hearing until 2019.