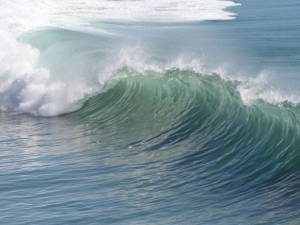 September 30, 2015 (San Diego)-- After completing a routine rescue at Windansea beach in La Jolla on August 15th, San Diego Lifeguard Gareth “Chappy” Chapman was struck by a large wave in shallow water and driven headfirst into the ground.  The resulting impact left Gareth with several broken vertebrae in his neck and back, but fortunately did not cause any permanent damage to his spinal cord or nervous system.