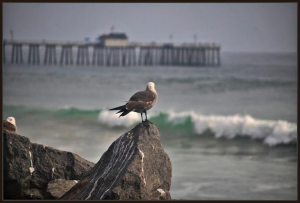 July 12, 2015 (San Diego’s East County) - El Capitan beach reopened two days ago. A news team visiting the site of California’s worst oil spill in 25 years reported no obvious signs of the catastrophe. There was a sea lion sporting in the ocean and birds on the shore. The park superintendent told them “You may still see the occasional tar ball or two, which isn't uncommon for the natural seeps here on the south coast." The reporter claimed the beach was better looking than ever. So how damaging was the Santa Barbara spill? 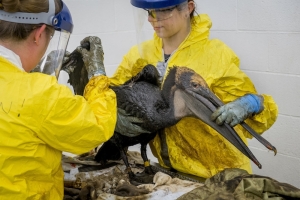 May 28, 2015 (Santa Barbara) - It has been eight days since a 24-inch Plains All American oil pipeline ruptured. Though the pipeline was manually shut down after 45 minutes, approximately 105,000 spilled and 20,000 of that entered the ocean. Volunteers are combing 8 miles of affected shoreline, skimming oil from the ocean, and rescuing wildlife. Close to a thousand people are cleaning up the Santa Barbara Oil Spill. 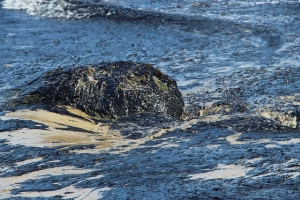 May 20, 2015 (Santa Barbara) – A ruptured pipeline has caused a nine-mile-wide oil spill in the ocean off the Santa Barbara coast.  The environmental disaster occurred 46 years after the catastrophic 1969 Santa Barbara oil spill.

While emergency crews work to try and clean up the estimated 110,000 gallon spill, campgrounds and beaches at Refugio State Beach have been evacuated due to severe air quality, water pollution and oil oozing onto the sand as Memorial Day weekend draws near.  Warnings have been issued for nearby El Capitan State Beach as the oil slick moves southward with the currents.