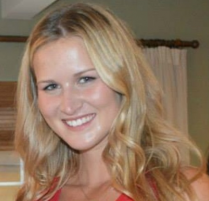 Correction:  An SDSU press release Friday incorrectly stated that Stelzer had died.  The university later clarified that she was brain dead and being kept on life support pending possible donation of her organs. She has since been removed from life support and her organs were donated to help save several lives.

October 17, 2014 (San Diego) – An 18-year-old freshman at San Diego State University has died of meningococcal meningitis.  Sara Stelzer from Moorpark, who was studying pre-communications, passed away at a local hospital after flu-like symptoms, SDSU announced today.

According to CBS News in Los Angeles, Stelzer was a member of a sorority at SDSU and had recently attended two fraternity parties and her sister’s 21st birthday party. She was also in Moorpark over the weekend for homecoming at Moorpark High School.  County health officials are seeking those who have been in close contact with Stelzer and may have been exposed.