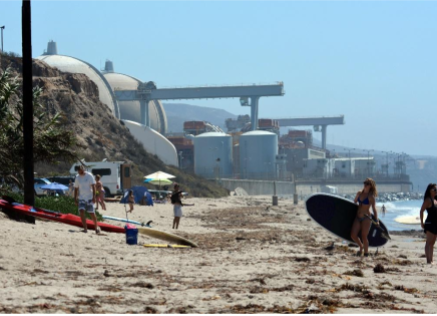 The transfer from wet to dry storage at San Onofre was halted by regulators after a 104-ton spent fuel cannister became wedged on a small piece of shim after a guide ring came loose, leaving the cannister teetering 18 feet above the bottom of the storage vault on August 3, 2018, as ECM reported.

“We’ve done a lot of work to ensure that going forward we will be successful in safely loading and storing each and every spent fuel canister,” said Doug Bauder, SCE vice president and chief nuclear officer. “We’re confident the improvements we’ve made are effective and sustainable. Our job now is to demonstrate that to our stakeholders.”

The statement indicates that SCE and its contractor, Holtec, are implementing cameras and load monitoring gauges, as well as improving a corrective action program to identify potential issues earlier.

After the 44 remaining cannisters with spent nuclear fuel are transferred to dry storage, SCE intends to dismantle the nuclear power plant and remove remaining structures, once a permit from the California Coastal Commission is obtained.

But Ray Lutz, an engineer and founder of the watchdog group Citizens Oversight based in El Cajon, is skeptical of Edison’s claims. Citizens Oversight, previously sued the Coastal Commission and Southern California Edison in an effort to stop storage of nuclear wastes at the beach,but later forged a settlement aimed at improving safety and oversight as well as examination of other options.

When the 2018 accident occurred, Lutz said that if the cannister had fallen 18 feet down, “With no circulating air cooling possible, the fuel would quickly overheat. If the fuel assemblies inside were also compromised, there is a risk that a critical reaction would have been sustained.”

He further warned, “It could have resulted in a melt-down scenario similar to what happened at Fukushima, perhaps melting through the concrete block and into the ground water, contaminating the coastal area for many miles.”

A meltdown could force evacuations as far as 50 miles inland, which would also include portions of East County.

Upon learning that Edison plans to resume transferring the spent fuel, Lutz posted on Facebook, “Unfortunately, we have learned that SCE can't be trusted. After seeing an emergency shutdown due to design errors with the rushed steam generator project, then broken bolts, and nearly dropped canister, after which they did not report and then lied to us, now they say everything is fine. Just the opposite is true.”