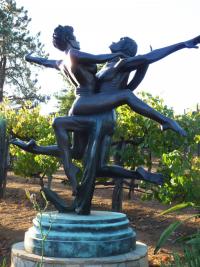 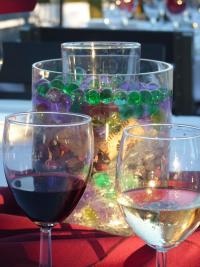 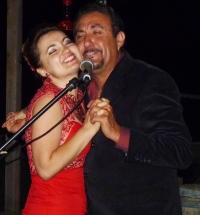 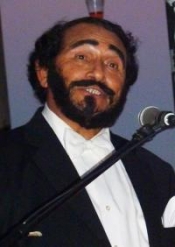 September 21, 2014 (Ramona) - Opera and fine art in East County? Bravo! Salerno Winery in Ramona has forged a partnership that’s music to the ears of  those who love opera, sculptures and Italian-style wine.

Herman Salerno, an opera singer from Italy, and his wife, Rose, founded the winery and began displaying sculptures from a friend’s collection. Now, they have now teamed up with Jaime Chaljon, a Mexican businessman, to unveil an expanded sculpture garden featuring works by over 20 world-renowned artists including Jorge and Javier Martin, Tan Da WU, Julian Bravo, and Pedro Cervantes.

The winery is open on Fridays,  Saturdays and Sundays, when guests can enjoy not only wine and pizza cooked up in an outdoor oven, but also performances by Salerno and well known Mexican operatic stars.