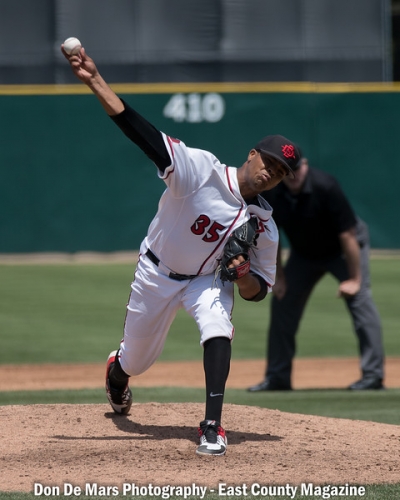 May 5, 2019 (San Diego) - In their second-to-last home series of the season, SDSU baseball has posted two huge come-from-behind wins against the San Jose State Spartans.  They looked to complete the sweep today with freshman Jonathan Clark on the mound for the Spartans against freshman Aaron Eden for the Aztecs. 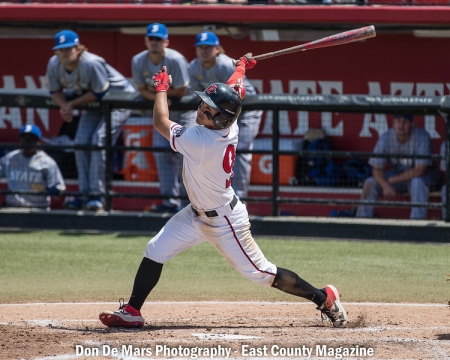 The Spartans started things early.  After a leadoff single by senior Aaron Pleschner, junior Blake Berry singled into right to score him.  The Spartans took a 1-0 lead after one.

The Spartans added one more in the third with ‍Helix alum and sophomore Connor Konishi’s sac groundout that scored freshman Ryan Belluomini to put the blue and gold up by two after three, 2-0.

The Spartans knocked Eden around again in the fourth with junior Nick Knecht’s RBI double to right that scored freshman James Shimashita to give the Spartans a 3-0 lead after four.

In the bottom of the fourth, the Aztecs started to fight back.  With the bases loaded, freshman pinch hitter Brian Leonhardt drew a crucial walk to get the Aztecs on the board.  It was enough to knock Clark out of the game. Sophomore Nicholas Morales replaced him and the Spartans’ coaching staff soon realized this was a bad idea.  Four fielders couldn’t catch junior Jacob Maekawa’s popup, three runners came home and just like that, the Aztecs were out in front 4-3. Junior Julian Escobedo lined to left to score Maekawa and sophomore Casey Schmitt’s single dropped in center to score two, putting the Aztecs up 7-3.

The Spartans got two back in the fifth with Konishi’s sac groundout and junior Blake Berry’s RBI single to left.  The Aztecs still led 7-5. 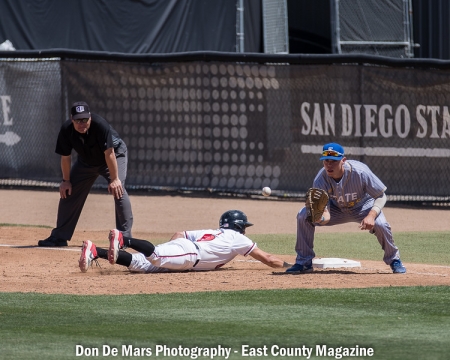 The Spartans hung in there as junior Troy Viola lined a triple into left that scored two in the eighth to kick Eden out of the game.  He was replaced by sophomore Christian Winston, who gave up a single to sophomore Jack Colette that scored Viola, which got him pulled.  Junior Adrian Mardueno took his place and the Aztecs finished the job despite getting into one more bases-loaded jam in the ninth, getting the sweep over the Spartans with a 10-8 win.

The Aztecs will play one last non-conference game against BYU tomorrow night at 6:00 p.m at Tony Gwynn Stadium.

Do you want to see more coverage of SDSU baseball and other SDSU sports?  Please donate to support our nonprofit sports reporting:  https://www.eastcountymagazine.org/donate