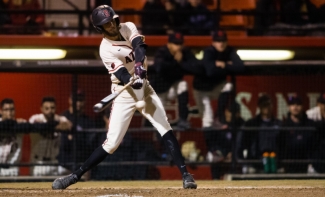 SDSU found itself in a large hole early in the game, as UC Irvine jumped out to a 7-0 lead after a seven-run second inning. The Anteaters recorded seven base hits in the frame, including three doubles and a Ryan Fitzpatrick three-run home run that capped the second-inning outburst. UC Irvine's lead grew to 10-0 after a run in the fourth and two runs in the sixth.

The Aztecs avoided the shutout with a two-run bottom of the ninth that featured RBI singles by David Hensley and Grant Mayeaux.