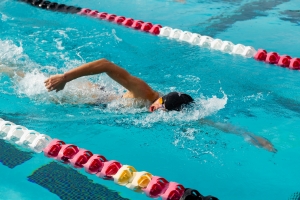 Lexi Letts and Marie Yacopino finished back-to-back on the leaderboard, recording scores of 227.90 and 227.50 to finish 27th and 28th, respectively. Gina Cazares also finished closely to Letts and Yacopino, placing 30th with a score of 225.20.

The Aztecs continue the UCLA Diving Invitational tomorrow with platform board competition.