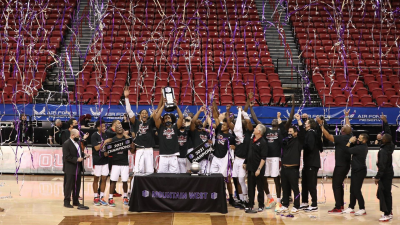 With the win, the Aztecs snapped their title game losing streak and Utah State's winning streak.

But the Aggies were stumbling today, turning over the ball 16 times, which the Aztecs turned into 14 points.  The Aztecs also led in steals 10-2 and outscored the Aggies in the paint 14-8 in a game that was offensively challenging for both teams, but showcased stellar defenses.

The Aztecs get ready for their NCAA Tournament bid next.