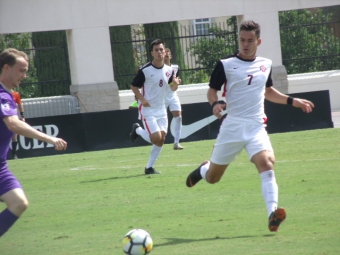 October 7, 2018 (San Diego) - SDSU men’s soccer continued their home stand today after beating Oregon State 1-0 on Thursday night.  The Aztecs got up bright and early today to face the Huskies of Washington, who come to California with a 5-5 record. 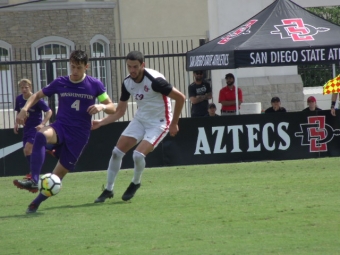 After a deadlocked first half in which the Aztecs had three shots on goal, it was Washington who struck first in the 57th minute of the second half.  Sophomore Blake Bodily’s shot went off the post and in past a diving Max Watkin to give the Huskies a 1-0 lead.  Pablo Pelaez didn’t find this acceptable and eight minutes later, the redshirt junior scored his fifth of the season to tie the game.  But the Huskies took the lead right back in the 71st minute when speedy Hawaiian freshman Dylan Teves broke away from the Aztecs defenders and took a wide-open shot past Watkin to give Washington the 2-1 win.  The Aztecs fall to .500 as they drop to 5-5 on the season. 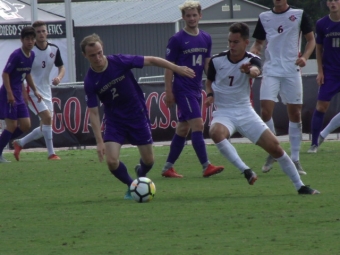 The Aztecs are back in action on Saturday when they host UCLA at 7:00 p.m. 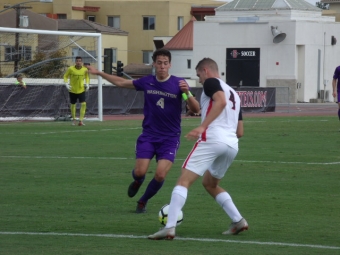 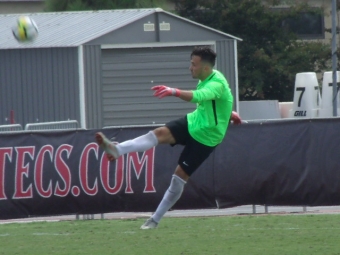 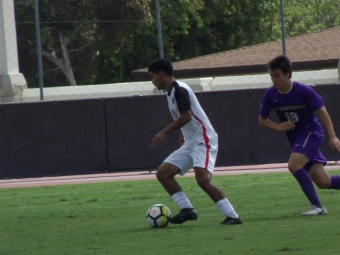 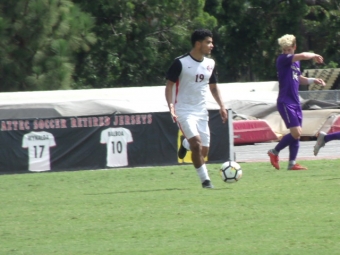