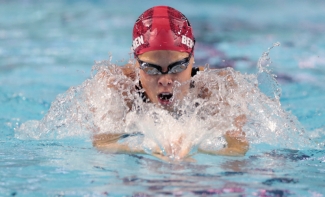 Senior Frida Berggren posted the biggest bright spot for the Aztecs on Day 2, winning the individual title in the 200 IM with a career-best 1:59.28. The time also stands as third best in program history.

The Aztecs had at least one finish in the top three of all four swimming events on Thursday, including a second-place time by McKenna Meyer in the 500 free, who clocked in at 4:44.71 – the fastest time of her career and the second fastest in Aztec history.

On the diving board, the Aztecs were led by Alexandra Caplan, who finished fifth in 3-meter competition with a score of 306.06. Nicole Dutton also posted a top-10 finish, scoring at 274.92 to place seventh.