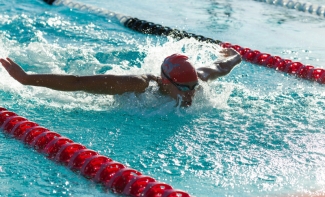 With 443 points after Day 1, the Aztecs recorded an additional 234 points on Day 2 in the final eight events. McKenna Meyer posted the biggest highlight of the day for SDSU, finishing in first place in the 1650 free with a time of 17:08.03.

After an action-packed weekend, the Aztecs have a two-week break from competition and will head to UC Davis on Oct. 21 for a dual meet in Northern California.