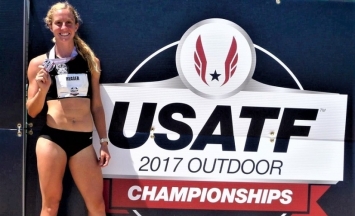 The Thorpe Cup is an annual heptathlon and decathlon competition between the United States and Germany, which began in 1993. Each team is comprised of seven men and seven women, with the top five men’s scores and top three women’s scores on each team added together to determine the overall men’s and women’s team winners.

Reaser earned her spot on Team USA at the Thorpe Cup with a sixth-place finish at the USA Track and Field Outdoor Championships earlier this summer. The 2014 SDSU graduate has competed in seven-straight U.S. outdoor championship meets.