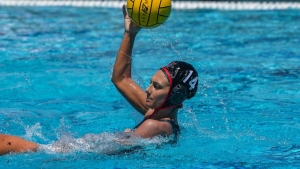 Mary Myers got the Aztecs on the board a minute into the contest but then saw Fresno State, the No. 4 seed, score the next six goals. This is the second straight game SDSU has allowed an opponent to score six goals in a quarter.

The Aztecs responded to score the first three goals of the second quarter to bring the score to 6-4. After trading goals, the Bulldogs scored with seven seconds left in the half to take an 8-5 lead at the halftime break.

The Bulldogs outscored SDSU by one goal in each of the last two quarters.

Karli Canale scored a career-high four goals for the Aztecs. Shelby Kraft had two goals and one assist. Seniors Mary Myers and Hannah Carrillo both had a goal and an assist in their final collegiate game. SDSU’s other senior, Maura Cantoni had seven saves.

The Bulldogs were led by Daphne Guevremont and Claire Schade who combine to score seven goals.

The Aztecs lost four of their final games, following a stretch of winning seven of eight.

The 15 goals allowed were the second most the Aztecs have given up his season. Hawai’i scored 17 against SDSU in the third game of the year (Jan. 20).  The Bulldogs scored their 15 goals on just 28 shots.

For the second straight game, the Aztecs allowed two opposing players to combine for seven goals.