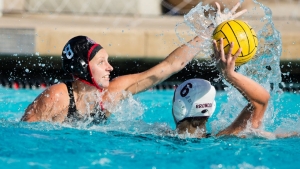 The Aztecs scored the first seven goals of the game. Mary Myers got SDSU on the board with a goal with 3:17 left in the first. Shortly later Shelby Kraft scored on a Maddy Parenteau assist.

SDSU would score five times in the second quarter and held a comfortable 7-0 lead at the halftime break.

The Aztecs outscored Siena 3-2 in the second half.

The Aztecs five second quarter goals tied a season-high for most goals in a quarter.

The Aztecs are back in action later this afternoon when they take on the host school, No. 8 Arizona State, at 3:15 p.m.