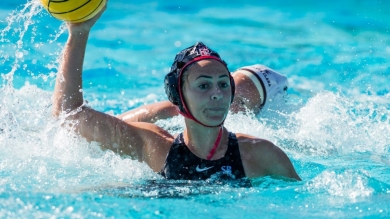 SDSU has won eight of its last nine games

The Aztecs were held scoreless in the first quarter and found themselves down 3-0 early in the second quarter. SDSU then scored the next five goals with all of them coming from a different player.

The Bulldogs scored two goals in the final 20 seconds of the third quarter, including one with just a second remaining, to tie the game at 5-5 entering the final frame.

Emily Bennett scored her second goal of the game to put the Aztecs back on top, but Fresno State responded with two goals to retake the lead with 4:34 left.

SDSU scored the final three goals of the game with Karli Canale finishing a Hannah Carrillo assist for the game-winner.

The Aztecs have won seven of their last eight games, the first time they have done that since 2014 when they won nine of ten.

The Aztecs return home for their final two regular season games. They host Pacific on Friday at 4:00 p.m. and then UC San Diego April 20 for the Harper Cup.