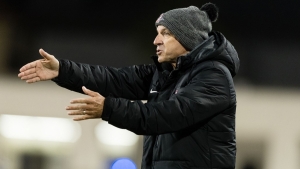 The schedule features 10 home matches and 10 away matches

After an exhibition at Arizona on August 10, the Aztecs will open the 2022 season on the road when they face Nebraska out of the Big Ten. The Aztecs are 1-1-1 all-time against the Cornhuskers and won the most recent matchup 2-1 in double overtime back on September 8, 2017.