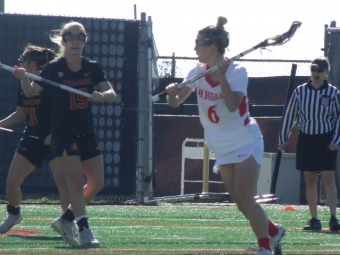 Story and photos by Liz Alper
February 22, 2019 (San Diego) - In our first visit to SDSU Lacrosse Field this season, ECM Sports saw the undefeated (2-0) Aztecs take on the Trojans of USC in a Friday afternoon matinee for the season opener. 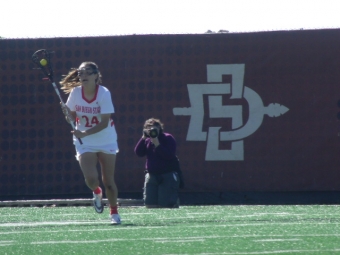 The Women of Troy kicked things off right away.  Juniors Izzy McMahon and Kerrigan Miller potted the first two goals for the Trojans not even three minutes into the game.  McMahon was the driving force for the Women of Troy, netting another goal at the 25 minute mark.  Another junior, Hope Anhut, got on the board with a sniper from the side.  Sophomore Bailey Brown saved the Aztecs from getting completely destroyed with a penalty shot goal and junior Taylor Sullivan followed up with another penalty shot goal and just like that, the Aztecs cut the lead in half.  But the Trojans got a penalty shot go
al
of their own from McMahon, her hat trick goal.  Trojan sophomore ophia Donovan got on the board shortly after with her first goal.  Two more Trojan goals later, senior Jill Haight stopped the bleeding a little bit for the Aztecs with a goal on a rebound.  Senior Caitlin Jones scored on a penalty shot.  But the Aztecs fell behind quickly as Anhut scored again to keep the Trojans ahead.  The Trojans reached doubl
e digits on a goal at the whistle from freshman Erin Bakes.  Donovan added her second.  Senior Emily Concialdi scored her first of the game.  Jones helped the Aztecs a little with her second goal on a fast break.  Sullivan scored her second penalty shot goal.  But Concialdi scored again, followed immediately with a goal from Miller.  The Aztecs managed to sneak one in right before the half thanks to Jones, who got her hat trick.  The Trojans led 16-7 after 30 minutes. 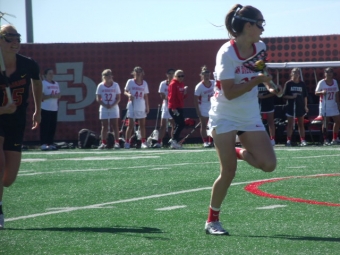 The Aztecs got off to a good start in the second half with a goal from Sullivan to kick things off four minutes in.  Redshirt sophomore Lexi Tan followed up with a goal off a free shot and the Aztecs were rolling.  They finally reached double digits with a line drive goal by junior Morgan Taylor.  Concialdi put an end to the Aztecs’ run with a penalty shot goal.  Sophomore Kelsey Huff got on the board with her first goal to extend USC’s lead.  Still, the Aztecs kept trying; Brown scored on a penalty shot.  Senior Harlowe Steele scored her first of the game for the Aztecs.  Jones, ever effective on the penalty shot, scored again.  Taylor drove to the net and put it in and suddenly, the Aztecs were within four.  With six minutes left, Sullivan potted another and the Aztecs were within three.  But Huff killed that run with a penalty shot goal to put the Trojans back up by four. Sullivan got them back within three.  But one more Trojan goal was the nail in the coffin as USC would win 20-16.  The Aztecs fall to 0-1 on the year.  Sullivan scored a career-high five goals. 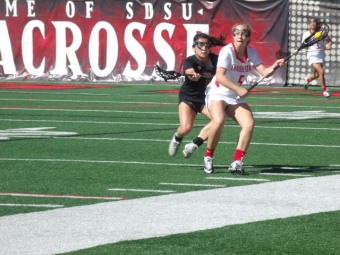 UP NEXT
SDSU travels to Tempe, Arizona on Sunday for a neutral site matchup against Columbia.  First draw is at 2 p.m. MT/1 p.m. PT.
Box
Like our SDSU sports coverage?  Donate to help support coverage of SDSU sports throughout the school year!
Check out our sports section for more sports stories!
Follow @ECMagSports on Twitter for live sports coverage and in-game updates! 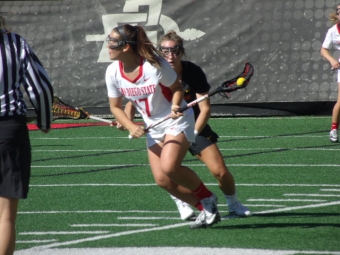 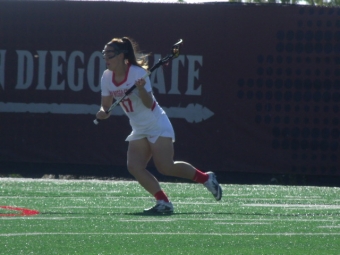 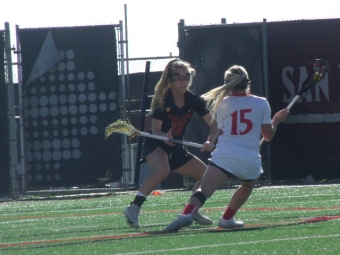