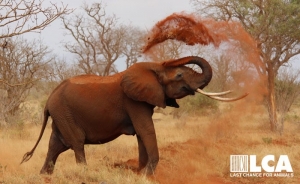 April 19, 2018 (San Diego) – Senate Bill 1487, the African Species Protection Act, is set for hearing in the California State Senate’s Public Safety Committee, where members include Senator Joel Anderson, whose district includes most of East County.  Wildlife conservation groups are urging the public to contact legislators on the committee to urge passage of the measure, which would ban possession in California of body parts from elephants, rhinos, giraffes, lions and other iconic African species.