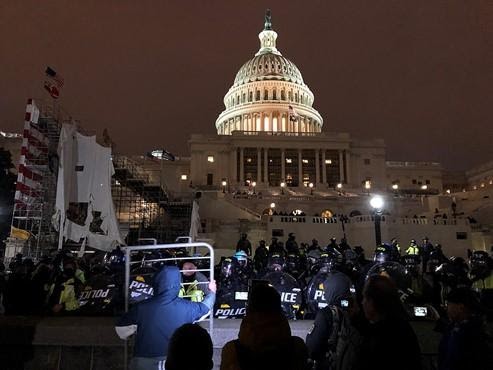 Photo, left:  Capitol under heavy security at nightfall on Jan. 6, after the attack

February 21, 2021 (Washington D.C.) – On February 13, 57 Senators including seven Republicans voted to convict Donald Trump of inciting the violent attack on the U.S. Capitol on January 6.  But the action fell 10 votes short of the two-thirds margin needed for conviction.