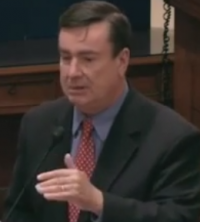 Correction:  A prior article in ECM stated that Senator Anderson supported construction of Sunrise Powerlink. His office indicates he took no position on the project. We regret our error.

February 29, 2016 (Alpine) – “Keeping constituents safe is my top priority,” Senator Joel Anderson states  in a letter today to Supervisor Dianne Jacob.  “I want to make sure all available and appropriate state resources are deployed so that my constituents are provided answers to their questions about the electric and magnetic field (EMF) levels in our community.”

Senator Anderson’s letter indicates he has contacted three state agencies regarding the EMF concerns, including the California Department of Health (CDPH), which advised him that they will review measurements taken by local governments to see how they compare with other schools that were surveyed by the CDPH in a previous study.

“I would like to proceed with this review as quickly as possible,” the Senator told Jacob. He asked to receive any data, readings or other testing information collected by her office or other county departments  as a result of recent concerns over EMF levels in Alpine, so that CDPH can move forward with its review.

Anderson indicated he has asked for clarity from both the California Department of Toxic Substance Control and California Public Utilities Commission as to resources their departments can provide and their authority to investigate or review data collected by third parties.

He indicated he has been in contact with the Alpine School District and received copies of the reports produced by the San Diego and Imperial County Schools Risk Management Joint Powers Authority and Placeworks that each conducted EMF measurements and analyses at Alpine Elementary School.  “We will be sharing these reports with CDPH,”  concluded Senator Anderson, who also sent a copy of his correspondence to the CDPH.