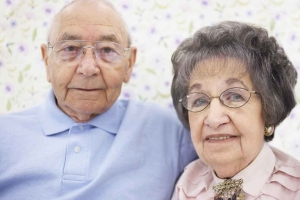 December 28, 2016 (Washington D.C.) – A growing number of senior citizens are discovering that their Social Security benefits have been slashed due to defaults on decades-old student loans.

According to a report by the Government Accountability Office, the nonpartisan investigative arm of Congress, the number of people over age 65 now in this predicament has jumped 540 percent in the past 10 years.  Approximately 114,000 seniors with unpaid student loans have had their Social Security benefits taken to repay those debts.

Why are so many seniors in trouble over unpaid loans?  The rising cost of a college education is largely to blame. Once, students could pay tuition costs with a summer job.  But with tuition rising by several hundred percent in recent decades, it became impossible for many students to get their degrees without hefty loans. Job losses, medical needs or other financial crises can make it difficult or impossible for some former students to repay their debts.

The number of student loan borrowers over age 64 has grown by a whopping 385% since 2005.  While three-fourths of them owe money for their own education, some are also carrying debt on behalf of their children.

The federal government does provide options to avoid defaulting on student loans.  But once you default, the government can take not only a portion of your Social Security benefits, but also tax refunds and more.  Too often, former students have managed only to pay down interest---not the principal, barely making a dent in their loans.

The government can’t take all of your Social Security benefits.  By law, they must leave you $750 a month.  But that floor, created a decade ago, hasn’t been adjusted for cost of living increases. It’s even lower than the federal poverty level, which is set at $990 for a single adult.

Of those seniors who had their Social Security benefits garnered to repay student loans, over 67,000 of them were below the poverty line – more than 8 times higher than in 2004.

The debts won’t affect survivors, since federal student loan debts are cancelled when the borrower dies.

Senator Elizabeth Warren (D-Mass.) calls the seizure of Social Security benefits from impoverished seniors “predatory and counterproductive.” In a statement, she concludes, “The hard-earned Social Security checks that are the sole source of income for millions of seniors should not be siphoned off to pay interest and fees on student loan debt.”

The Department of Education offers borrowers the opportunity to use repayment programs to make student debt more manageable by making payments capped at a certain percentage of their income. In addition, some borrowers may qualify for a permanent disability offset before reaching retirement age, if they are permanently unable to work.

But private companies hired by the government to collect student loan payments often don’t do enough to educate borrowers about their options, consumer advocates have warned.

The Department of Education has urged Congress to increase the minimum level of Social Security benefits that borrowers are allowed to keep when they reach retirement age.

That's the way it works. You borrow money. If you do not pay it pack they attach your wages. Why are "student" loans different than any other loan? Understand Senator Elizabeth Warren?