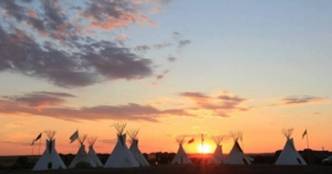 October 3, 2016 (San Diego) -- Today, the Service Employees International Union issued the following statement in support of the Standing Rock Sioux’s efforts to prevent the Dakota Access Pipeline from disturbing their sacred lands and burial grounds and to avoid the threat of contaminating the Missouri River which provides the Tribes’ drinking water. The pipeline has drawn opposition from Native American tribes across the nation include those here in San Diego County.