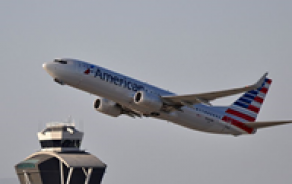 January 10, 2018 (San Diego) -- Flying the friendly skies may not be so friendly after all. Female travelers report instances of sexual harassment and abuse in midair by other passengers. According to an investigative report by CNN, four women gave detailed accounts on how they were touched inappropriately or groped on commercial flights.

Each of the women reported their particular incident to the flight attendant but felt as if they were not being taken seriously.

Ayanna Hart, one of the featured women in the CNN report, claims that she was a passenger on a Delta flight when an intoxicated man repeatedly grabbed her. Hart says she felt the flight crew member was dismissive of her concerns.  Hart is suing Delta airlines for failure to take better control of the situation and continuing to serve the man alcohol.

A representative for the airline did not comment on the case but did state it takes these incidents seriously and with law enforcement investigates them.

The president of the Association of Flight Attendants urges airlines to come up with better policies and procedures to help safeguard not only passengers who complain of sexual harassment, but crew members as well.

It is uncertain how often midair sexual harassment takes place, but according to the FBI there has been a sixty-six percent increase into midair assault investigations stemming from 2014 to 2017. Airlines for America represents the United States airline industry and claims that the safety and security of passengers is the priority.

If you have been a victim of midair sexual assault, contact the Federal Aviation Administration and your local law enforcement.