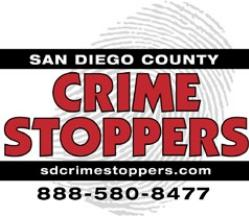 January 12, 2016 (Santee) — Crime Stoppers and Sheriff deputies in Santee seek public help to solve a crime spree involving burglaries of nine homes in Santee neighborhoods from December 14 to December 31, 2015. The suspect(s) targeted single story detached homes and forced their way in through a rear window or rear patio door. The stolen items were mainly prescription medications. Cash, electronics and tools have also been taken.

Several victims reported seeing a suspicious truck parked in front of their homes prior to the burglaries. The truck is described as a black, older model, 1998-2004 Ford Ranger Extra Cab. The truck is slightly lifted with newer looking rims and all terrain tires.

Below is a list of the dates and locations of the burglaries.