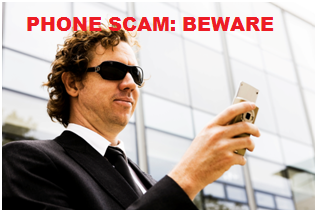 February 3, 2014 (San Diego)--Residents of San Diego County are being asked to report any calls they receive from someone claiming to be a peace officer and subsequently asking for cash payment, the Sheriff’s Department announced this week.

According to the department, several residents have reported suspicious phone calls by a man who says he’s a member of the Sheriff’s Department, then states that the person answering the phone — or a member of the family — has an outstanding warrant for their arrest. He then asks for cash payment in order to avoid arrest.