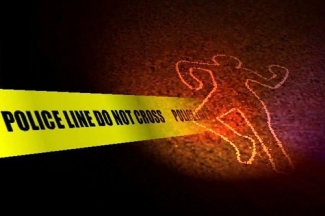 September 7, 2018 (Lemon Grove) --  Shortly after midnight, sheriff's deputies saw a man and woman inside a vehicle parked in the middle of the street  in the 7400 block of Pacific Avenue, in  Lemon Grove. When the deputies investigated, they found the man bleeding from what a witness described as a gunshot wound, says Lt. Rich Williams with the Sheriff’s homicide unit.

“The man was seriously injured and soon stopped breathing. Deputies performed CPR until relieved by fire department personnel,” says Lt. Williams. However dDespite lifesaving efforts, the man was pronounced deceased at about 12:39 a.m.

The Sheriff's Homicide Unit was called to the scene and has taken over responsibility for the investigation.

The County Medical Examiner's Office will conduct an autopsy in order to determine the cause of death. The adult male victim's name is being withheld pending family notification.