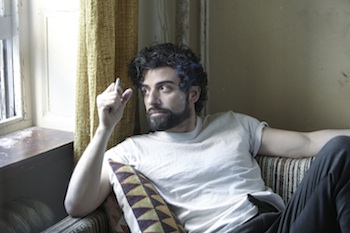 To even attempt to summarize the plot beyond what I’ve already done would be pointless for the simple reason that there is no plot.  The screenplay flies in the face of everything screenwriting books like Robert McKee’s pretentious and authoritarian Story and Blake Snyder’s Save the Cat “teach” neophyte screenwriters (even a mere glance at Blake Snyder’s “Beat Sheet” induces the gag reflex; pure chutzpah considering his only produced screenplays were Stop! Or My Mom Will Shoot and Blank Check)

The Coen Brothers liberate themselves from the constraints of formula and let the story go where it wants to.  Llewyn Davis travels from New York City to Chicago and back, but his physical journey mirrors that of Professor Gopnik’s mental and spiritual one in A Serious Man: nowhere and with no answer and no light at the end of the tunnel.

The dialogue is a nonstop parade of wit, heart, and insight.  I regret not jotting down some of it.  At the same time, however, if I were to try to write down the best lines, I might as well have transcribed the whole screenplay.  It’s that perfectly crafted.

The timing and rhythm of both the words and the actors’ delivery aids is faultless.  In one scene, Davis’ argument with Jean (Carey Mulligan) over planning an abortion is a spirited game of dialogue table tennis.  Davis lobs a bit of witty dialogue towards Jean.  Jean lobs a few bits back.  He returns, she then volleys hard with a shrill profanity-laced comeback.

Oscar Isaac balances never-waning optimism with apathy heard in his character’s tired voice, and seen in his character’s weary body language.  Working in conjunction, these two antonymous qualities propel the film forward.  Because Llewyn Davis dominates the film so much, and the supporting cast (which includes John Goodman in addition to Mulligan) is afforded barely any screen time, this multifaceted approach to his character reduces tedium.  Llewyn Davis certainly dwells in the doldrums, but his positivism keeps him – and the entire film – afloat through all the setbacks, rejections, and a mercilessly frigid winter.

Ordinarily, Roger Deakins does the cinematography for the Coens’ films.  Inside Llewyn Davis was instead shot by French cinematographer Bruno Delbonnel.  He previously collaborated with Jean-Pierre Jeunet – a true master of the movie image – on Amelie (2001) and A Very Long Engagement (2004).  His work in the United States includes Harry Potter and the Half-Blood Prince and Dark Shadows, the latter more illustrative of his tendency toward high-caliber aesthetics, boasting a color palette so deliciously dark and striking that it’s almost overpowering.

It’s clear that Delbonnel prefers to work in extremes.  This explains Inside Llewyn Davis’ aggressively bleak wintertime photography.  Harshness dominates the cinematography’s every facet.  Not once does the sun peek out from the gloomy overcast sky.  The freeway at night is a sea of blackness lit only by snow and headlights.  There are no warm colors.  In fact, there are barely any colors at all; they are desaturated to the maximum possible extent.

There are many talented directors out there, but I can think of few contemporary writers and directors more uniquely talented than the Coen Brothers. For almost thirty years they’ve made their movies on their terms, but they’ve also made them equally accessible to art house and Hollywood-minded moviegoers.  Time after time, they’ve demonstrated their propensity toward making films that are unconventional and uncommonly personal, yet thoroughly entertaining all the same.  Inside Llewyn Davis is no exception.

Inside Llewyn Davis is now playing in San Diego.