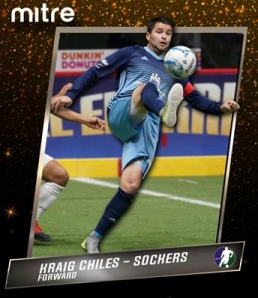 March 14, 2018 (San Diego) - The Major Arena Soccer League (MASL) announced today the MASL 2nd Team, 3rd Team and Honorable Mention list. The San Diego Sockers were represented by forward Kraig Chiles and defender John Sosa on the Second Team, and goalkeeper Boris Pardo on the Third Team. These awards are a prelude to the MASL Conference Finals to be held this weekend. The Milwaukee Wave travel to the Baltimore Blast on Friday and the Monterrey Flash host the San Diego Sockers on Sunday as all four teams try to earn a spot in the Ron Newman Cup Championship. 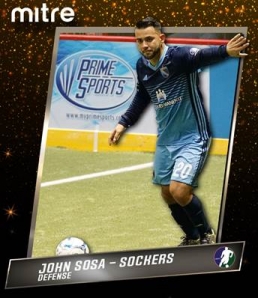 Sosa, who joined the team this year, was solid on defense all season long. In 19 matches, he tallied 18 points on three goals and 15 assists.

Each team in the MASL was invited to submit a vote from their General Manager or Head Coach for the MASL post-season awards. 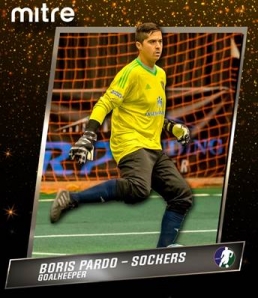 The MASL will continue to award postseason honors this week, with the 1st Team All-MASL on Thursday, March 15.

The Sockers travel to Mexico to play Monterrey on Sunday, March 18, 4:05 p.m., PT, in the MASL Western Conference Final. The game can be seen live on MASL.TV.