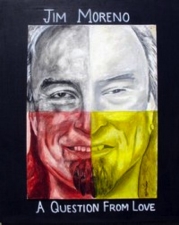 This week, poet Kate Harding, a three-time Pushcart Prize nominee, will join host Jim Moreno.  Her first collection of poetry, "Santa Monica Disposal and Salvage," has earned praise from Steve Kowit, Marge Piercy and Diane Wakoski. Writing under the pen name Penny Perry and as Kate Harding, her poems have appeared in numerous magazines, including Poetry International, Earth's Daughters, Spillway, and the San Diego Poetry Annual. Kate is the fiction editor for the new on-line Knot Journal. She was a fellow at the American Film Institute and her movie, "A Berkeley Christmas" aired on PBS.